In Dyersburg, Tennessee, a student is claiming that she is in trouble for saying “Bless you,” to a classmate after they sneezed. However, is that actually what happened?

This young lady states that she was reprimanded in class for saying, “Bless you,” after a classmate sneezed. She also says that the phrase is on a list of things that they are not allowed to say in class, along with “dumb,” “my bad,” “stupid,” and “stuff.”

The young lady has also stated that she was told, by her teacher,?”We will not have Godly speaking in this class.”?She retorted that she has a right to speak her faith.

She then said that she was sent from the class, to the principal’s office, and placed in ISS or in-school suspension.

Her youth pastor, when contacted, said that other members in the youth group have had trouble from this teacher in regards to their faith.

What The School Says

However, according to the superintendent, this particular class has a rule against outbursts, including “Bless you,” so as not to distract from other students, especially during tests.?Other leaders of the school have stated that she yelled it across the room, which does count as an outburst.

Also,?Patheos blogger, Hemant Mehta, called Principal Peggy Dodds and asked her about this.

What Principal Dodds Had To Say

She said several things that need to be?taken into consideration.

If this young lady is telling the truth and was suspended specifically for her faith, then yes, the teacher should be reprimanded accordingly.

However, if she did not tell the truth or only told it as she perceived it, she has further hurt the cause of those that are in peril for their faith, that daily face persecution in other countries- like those in Iraq that actually are having to flee their homes because of their faith.

If she has not told the truth or embellished the truth with her own perception, she has made?the persecution of Christians worldwide seem like a joke. 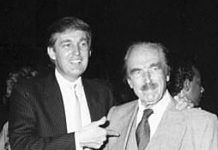