Can you believe that,with all of the problems and difficulties facing the U.S., President Obama spent the day playing golf.Worse than Carter

While our wonderful president was out playing golf all day, the TSA is falling apart, just like our government! Airports a total disaster!

Beautiful landscapes, aqua-marine pools, and all the fine foods you can possibly salivate over.

These business-filled trips to Mar-A-Lago, where he obviously doesn’t golf, will cost American taxpayers close to $3 million, based off of an estimate that was conducted back in February 2013 of a trip that Obama took, whose programmed outline was similar to Trump’s.

And Trump has taken three.

$9 million alone on three trips to Mar-A-Lago during his first month of presidency.

In New York, the city is paying $500,000 a day to guard Trump Tower while Melania and Barron ride out the rest of his school year. Assuming that guarding started the day Trump was inaugurated, that means he has been in office for 31 days.

Folks, even if these numbers are estimates and we gracefully take away $5 million in good faith, do you know what that still leaves?

$19.5 million dollars spent in his first month between guarding Trump Tower and trips taken to Mar-A-Lago.

Where it is obvious that he is not golfing.

It is said that, over Obama’s eight years serving as president, that he racked up a travel bill of over $96 million.

So, let’s break that down.

Excusing the protection of his family, Trump in his first month of presidency has increased that average nine-fold. 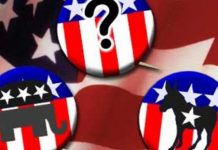 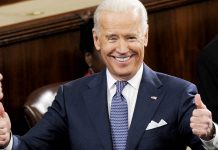 The Establishment’s Assault On Progressives Is Far From Abating (Video)