For the better part of two decades, fringe charismatic church in western North Carolina that has been under fire for abusive, controlling, and outright cultish tactics. However, it’s only been recently that this church has finally been held to account. Over the last year, The Associated Press has rolled out the results of a two-year investigation into the church that has revealed it has crossed the line on more than one occasion from abusive behavior to outright criminal conduct.

Since this spring, the AP has revealed evidence that Word of Faith Fellowship in Spindale–halfway between Charlotte and Asheville–has actively tried to derail child abuse investigations, attempted to brutally beat the gay out of a former member, and is suspected of engaging in human trafficking and unemployment fraud. Word of Faith is currently the target of wide-ranging state and federal investigations as a result of the AP’s delving.

Just when this situation couldn’t get more horrifying, it may have. Reams of interviews and court records suggest that Word of Faith church essentially kidnaps kids and turns them against their families.

At least three single mothers claim that Rutherford County clerk Laura Bridges, a longtime church member, coerced them into signing over temporary custody of their kids until they got back on their feet–and in two cases, were released from jail. However, they say, Bridges circumvented the foster system to gain permanent custody of their kids. Watch more here.

One of the women, Keela Blanton, was facing eight months in jail for drug offenses in 2008 when Bridges told her that if she signed over temporary custody to her baby son, he would be kept out of state custody. Blanton agreed, signing a document that stipulated she would regain “full responsibility” for her son once she was released. However, when she got out, Bridges and her husband offered to help care for him. As a result, he spent a lot of time with the Bridges in the following years.

All was well until 2012, when Blanton noticed bruises on her son’s face after a visit with the Bridges. She filed child abuse complaints. Even though a counselor found that the boy showed signs of being brainwashed by the church’s ultra-strict teachings, a judge awarded the Bridges primary custody out of concern that removing him would traumatize him.

Blanton says that during that court fight, church members harassed her to the point that she had a nervous breakdown in October 2012. Two years later, a court awarded the Bridges sole custody, even though he criticized Laura for approaching Blanton in the manner that she did. Blanton hasn’t seen her son since.

Two other women tell similar stories. They were in legal trouble when Bridges offered to take their kids in, but refused to give them back. At least 12 former members claim to have seen Bridges and her husband subject kids in their custody to the full force of Word of Faith’s abusive approach to “deliverance.” That included “blasting,” or high-pitched, banshee-like screaming intended to drive out demons. The former members also claimed to have seen Bridges shake and beat kids. Bridges denies any wrongdoing.

That’s not the only instance in which Word of Faith stands accused of destroying families. The AP has uncovered at least two dozen cases in which church founder and pastor Jane Whaley and her flock actively tried to turn children against their own parents.

One of them, Shana Muse, joined Word of Faith near the turn of the millennium after her two sisters persuaded her that they could help get her back on her feet. For a time, she worked at a business owned by church minister Kent Covington, Whaley’s son-in-law. However, in 2002, when she saw her four children being “blasted” and beaten, she tried to move back to Florida–only to come home from work to find her children gone.

According to Muse’s sister, Suzanne Cooper–who herself fled the church in 2014–Whaley and other church leaders told her to falsely accuse Muse of abusing her kids, and that Kent and his wife, Brooke–Whaley’s daughter–actually had custody. Muse was allowed to get her kids back after things calmed down, but by then the Covingtons had turned them against her. She then says the Covingtons rooked her into signing permanent custody to them.

Muse came back to North Carolina in December, and filed an abuse complaint. A judge placed the kids in foster care, but the church orchestrated a series of legal maneuvers that enabled the Covingtons to get them back. Three of Muse’s kids have since left the church and reunited with their mother, and contend that they were abused and coerced into lying about their mother.

Child advocate Nancy Burnette says that she was very concerned about the welfare of two foster kids who were staying with church members Werner and Hetty Trachsel, who lived in nearby Cleveland County. However, when she went to the church to see how they were doing, she says that Whaley dressed her down from the pulpit, saying she was “wicked” and “here to cause strife.” She tried to have the kids removed. Instead, she was thrown off the case.

A former church member secretly recorded Whaley boasting about how she got Burnette kicked off the case.  The social worker who arranged to have the kids placed with the Trachsels, Lori Cornelius, was later forced out of her job after former members accused her of taking part in sessions intended to help throw child abuse investigations sideways.

It may seem like a broken record, but if there is even a shred of evidence to back up these allegations–and it definitely looks like it at this point–a lot of people belong in jail. If there is ever a case where a pastor deserves to be led out of his or her church in handcuffs, it’s this one. 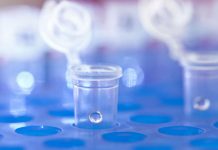