The month since a horrific mass shooting at Marjory Stoneman Douglas High School in Parkland, Florida has definitely brought out the worst we’ve seen in the right-wing fringe in awhile. Indeed, it’s brought out as much lunacy from certain elements of the right as we saw in the entire 2016 presidential campaign.

We’ve seen right-wingers accuse the survivors of being “crisis actors” who are faking their grief. We’ve seen them claim that their strings are being pulled by liberals and supporters of gun control. We’ve seen them actually blamed for bringing their ordeal on themselves by not making nice with the gunman, Nikolas Cruz.

But on Tuesday, one far-right commentator may have said something even more unhinged than that. How do you get worse than effectively calling the survivors liars, calling them puppets, or blaming them for turning Cruz into a killer? Quite easily, as it turns out–by suggesting that one of the survivors may have been in cahoots with Cruz.

One of the many far-right podcasters to bubble up out of the lower reaches of the Internet in recent years is Josh Bernstein. Among other things, he believes the Women’s March was a “million skank march,” wants Muslims to be eradicated, believes liberals should have been arrested and tried for treason in the wake of Charlottesville, and called for Trump to start a war with North Korea in order to keep Congress in Republican hands.

But those statements were models of sanity compared to what Bernstein spewed on the Tuesday edition of his video podcast. He actually suggested that one of the leaders of the Stoneman Douglas survivors, David Hogg, was actually in on Cruz’ plan to shoot up the place. People for the American Way’s Right Wing Watch got a clip.

Bernstein started laying into Hogg–or “Hoggwash,” as he called him–with what was initially a standard right-wing smear job. He claimed that Hogg was exploiting the butchery of Valentine’s Day “in order to make a name for himself.” He even suggested that Hogg’s speech at the March for Our Lives was actually written by Mike Bloomberg or someone from CNN or Hollywood.

But then Bernstein really went off the deep end. He loudly wondered if Hogg had “something to do with the Stoneman shooting.” To hear Bernstein talk, the event at which Hogg rose to fame–his real-time interviews with other students who were hiding in a closet–suggest that he knew more about Cruz’ plans than he’s letting on.

For those who don’t know, when Hogg realized that Cruz was still rampaging through campus, his reporter’s instinct kicked in. He felt that he needed to record the event in case he didn’t make it out alive. But Bernstein didn’t see it that way.

Has Bernstein seen any footage of reporters in the field when disasters or attacks are happening in real time? Most of them trip all over themselves to keep their composure and do their job–to tell the story. Does that make them conspirators with whoever is carrying out the attack?

That’s what you’d have to believe in order to accept Bernstein’s “logic”–a term that must be used here in its loosest possible sense. And that’s before we even discuss the fact that Bernstein provides no evidence whatsoever to support his suggestion that Hogg was somehow in on Cruz’ plans. Nothing, that is, beyond his gut.

Bernstein warned us last weekend that he had Hogg in his crosshairs.

If this is the best you can do, Josh, you swung and missed–badly. Extraordinary claims require extraordinary evidence. And what you offered doesn’t even begin to make the cut. Indeed, it comes dangerously close to libel–with actual malice.

Bernstein originally had this video on his YouTube channel. But almost three hours after Right Wing Watch flagged it, the YouTube version disappeared.

Hmmm, Josh Bernstein has now removed his video in which he asserted that David Hogg "had something to do with" the Parkland shooting. https://t.co/1NYUhTJDfw

Don't worry, we still have our clip of it. https://t.co/FQEULG0UFI

But the Facebook version is still up as I write this–even though Bernstein has yet to offer more evidence beyond his “gut” to support his claim that Hogg was an accessory to mass murder.

Put up or shut up, Josh. Unless you are willing to offer more evidence, the only thing we need to hear from you on this matter is an apology. 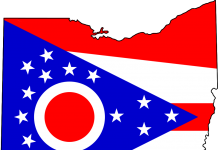 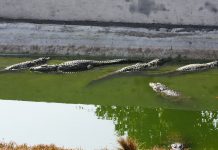