Donald Trump just proved once again why the United States under his regime cannot be trusted.

In what the Syrian Democratic Forces (SDF) and partner Kurdish militia, YPG, have characterized as a “blatant betrayal,” Trump decided back in December to announce pulling American soldiers out of Northern Syria, abandoning the Kurdish forces whom we have for the past five years provided military assistance necessary to help protect themselves and others from ISIS’s proliferation.

On Wednesday, Erdoğan warned Turkish forces would be crossing into Syria “shortly,” adding on Twitter:

“The Turkish Armed Forces, together with the Syrian National Army, just launched #OperationPeaceSpring against PKK/YPG and Daesh terrorists in northern Syria. Our mission is to prevent the creation of a terror corridor across our southern border, and to bring peace to the area.”

Yet Turkey has an ulterior objective: Erdoğan has publically vowed to assault the Kurds, our ally, claiming they pose a national security threat.

Turkey is no friend to the Kingdom of Saudi Arabia, especially after Saudi journalist and American resident Jamal Khashoggi was brutally tortured and murdered in the Saudi consulate in Istanbul last October.

But Trump has pledged his fealty to Saudi Prince Mohammed bin Salman, which complicates his relationship with Erdoğan.

In addition to Trump himself, his son-in-law, Jared Kushner, is also cozy with the Saudis and the Qataris due to a real estate deal they made last year.

Further complicating it is the fact that we did not extradite Turkish cleric Fethullah Gulen, who has been living in Pennsylvania since the 1990s and was involved in an aborted coup against Erdoğan in 2016. Former Trump National Security Adviser Michael Flynn was expected to accomplish this while he was working as a Turkish foreign agent.

No one (or at least few) expects the United States to remain in Syria–or anywhere else–indefinitely. Eventually we ought to allow sovereign countries to handle their own affairs.

So isn’t Trump’s withdrawal, no matter how messy, ultimately a positive move?

If done properly, with diplomacy, insight, forethought, patience, compromise, and enough humility to reach out to those who admittedly know more than he does, yes.

But Trump possesses none of those qualities, at least from what we’ve seen over the past two and a half years.

Extricating ourselves from such a quagmire requires more than a whimsical presidential fiat, especially since those who knew of Trump’s impending decision warned the Kurds would be slaughtered if we retreated.

He did not consult the U.S. special presidential envoy for the global coalition to defeat Isis, Brett McGurk, who also resigned.

Brett McGurk acknowledged the sop to Vladimir Putin, Syria, and ISIS via tweet on Monday:

Bottom line: Trump tonight after one call with a foreign leader provided a gift to Russia, Iran, and ISIS. FWIW, I warned of this here in @ForeignAffairs — and recommended alternatives given the hard realities on the ground and in this White House. https://t.co/QHYzI7dgEi

When faced with overwhelming pushback from both political parties, and even his own administration, Trump tweeted on Monday his “great and unmatched wisdom” would destroy the Turkish economy if Turkey pursued its assault on the Kurdish people:

….the captured ISIS fighters and families. The U.S. has done far more than anyone could have ever expected, including the capture of 100% of the ISIS Caliphate. It is time now for others in the region, some of great wealth, to protect their own territory. THE USA IS GREAT!

Donald Trump does not appear to know how to exist in a non-transactional world.

Everything he has ever done has been to benefit himself, mostly financially.

So we can reasonably assume it’s no different with Turkey.

Thank you Prime Minister Erdogan for joining us yesterday to celebrate the launch of #TrumpTowers Istanbul!

In a December 2015 radio interview, Trump himself admitted:

“I have a little conflict of interest because I have a major, major building in Istanbul. It’s called Trump Towers. Two towers, instead of one. Not the usual one, it’s two. And I’ve gotten to know Turkey very well.”

In June 2016, while Trump was traipsing the campaign trail, it was reported Recep Tayyip Erdoğan demanded the removal of the Trump name from the towers in response to the future president’s overt Islamophobia.

“Trump has no tolerance for Muslims living in the US. And on top of that, they used a brand in Istanbul with his name. The ones who put that brand on their building should immediately remove it.”

Well, at least the Trump Administration is consistent. We are about screwing our allies, partners and friends. Don't trust America, even if you shed blood on their behalf. If you want favors build a Trump tower. https://t.co/CkVi8Si9q3

So…what exactly is Trump getting for killing the Kurds? 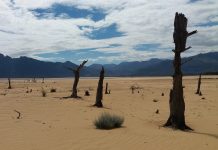