Office Michael Szeliga of the Pinellas County Sheriff’s Department was set to receive an award from Mothers Against Drunk Driving (MADD) for the 100 DUI arrests he had made, but when he showed up at the awards ceremony, he was so drunk he couldn’t even walk straight. It is also assumed that Szeliga was DUI himself as he drove to the conference by himself.

“It was wrong, and again, one of the most ridiculous things I’ve heard of. When I first heard about it, that was (what) my reaction was. ‘Come on, you’ve got to be kidding me. Really?’”

When a supervisor saw Officer Szeliga “wasted,” he ordered him back to his hotel room, meaning he had to miss out on both the conference and his award.

As a result of the incident, Szeliga was reprimanded and given one day of paid suspension. He was also required to write a letter of apology to his supervisors for being belligerent with them. Szeliga had been scheduled for a promotion to detective and his promotion was not affected by the incident at the conference. He is now working as a detective in the sheriff’s crimes against children unit.

This is not the first such a thing has happened. A year ago, David Griffin, acting chapter president for Mothers Against Drunk Driving, and a former deputy police chief was arrested for DUI.

And, in 2011, Debra Oberlin, a former president of MADD, was arrested for driving with an alcohol level in excess of three times the legal limit.

Which makes me wonder: If you’re so serious about combatting driving while intoxicated, shouldn’t you probably not be a drinker yourself? Or, if you are, shouldn’t you know better than getting behind the wheel of a car after even one drink? The irony of the entire matter is almost too much to bear. 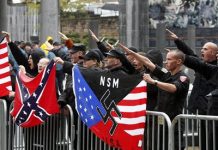 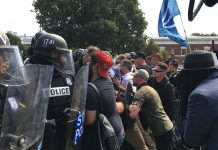 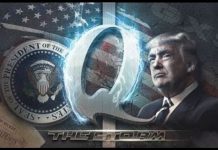 20 ‘QAnon’ Conspiracy Theorists Will Be On Ballots This Fall (Video)