Genocide Watch is an organization that exists, according to its website, to “Predict, prevent, stop, and punish genocide and other forms of mass murder.” Its purpose is to “build an international movement to prevent and stop genocide.”

One of the pages on its website titled “10 Stages of Genocide,” for which the organization’s President Gregory H. Stanton, George Mason University Research Professor in Genocide Studies and Prevention, School for Conflict Analysis and Resolution, delineates the steps governments responsible for mass exterminations have traditionally followed.

These steps are not sequential and may occur simultaneously.

They are also preventable.

How many do we recognize playing out in Donald Trump’s America today?

The first stage is classification.

According to Genocide Watch:

“All cultures have categories to distinguish people into ‘us and them’ by ethnicity, race, religion, or nationality: German and Jew, Hutu and Tutsi. Bipolar societies that lack mixed categories, such as Rwanda and Burundi, are the most likely to have genocide.”

Donald Trump built his campaign, and now his presidency, on those “rapists,” “murderers,” and “animals” “invading” our country from the Southern border.

He accused Haitian immigrants residing here under temporary protected status as having AIDS.

He claimed 40,000 Nigerians would never “go back to their huts” after coming here.

He accused Guatemala, Honduras, and El Salvador–the countries he called “shitholes“–of “arranging” the migrant caravans of “illegals” coming to get us.

It’s also no secret what he thinks of the media, which he smears with the label “fake news” and “enemy of the people” should it deign to report anything negative about what his administration is up to.

Trump refers to his political opponents as “globalists” who “want the globe to do well, frankly, not caring about our country.”

Those “globalists,” according to Trump, support “caravans” of “unknown Middle Easterners” en route from Central America to wreak havoc on American sovereignty.

When it comes to elections, says Trump, the “globalists” depend on millions of non-American “illegals” showing up in droves to vote.

He has ramped up his attacks on Socialism.

He told “second amendment people” they might be able to take care of Hillary Clinton.

Brenton Tarrant, the white supremacist who live-streamed his slaughter of Muslims in a Christchurch, New Zealand mosque earlier this year, described himself as a “regular white man from a regular family” who “decided to take a stand to ensure a future for my people,” adding he used to be “a communist, then an anarchist and finally a libertarian before coming to be an eco-fascist.”

“We give names or other symbols to the classifications. We name people ‘Jews’ or ‘Gypsies,’ or distinguish them by colors or dress; and apply the symbols to members of groups. Classification and symbolization are universally human and do not necessarily result in genocide unless they lead to dehumanization. When combined with hatred, symbols may be forced upon unwilling members of pariah groups: the yellow star for Jews under Nazi rule, the blue scarf for people from the Eastern Zone in Khmer Rouge Cambodia.”

They are symbols of Trump’s loyal followers.

Trump officially kicked off his re-election last week in Orlando, Fla., and the far-right white supremacist group Proud Boys were there to march right down the street in broad daylight, flashing the “white power” symbol.

Fox News commentator Jeanine Pirro claimed Minnesota Democratic Rep. Ilhan Omar, one of the first Muslim women elected to Congress, wears a hijab because of her “adherence to Sharia law.”

Omar has been cited as “proof” the Democratic party is anti-Semitic.

This needs no elaboration.

Stage four, dehumanization, is similar in some ways to the “classification” stage.

“One group denies the humanity of the other group. Members of it are equated with animals, vermin, insects or diseases. Dehumanization overcomes the normal human revulsion against murder. At this stage, hate propaganda in print and on hate radios is used to vilify the victim group. The majority group is taught to regard the other group as less than human, and even alien to their society. They are indoctrinated to believe that ‘We are better off without them.’ The powerless group can become so depersonalized that they are actually given numbers rather than names, as Jews were in the death camps. They are equated with filth, impurity, and immorality. Hate speech fills the propaganda of official radio, newspapers, and speeches.”

Consider also asylum seekers detained in concentration camps at our Southern border being referred to as “bodies” instead of people, forced to be confined in the “Dog Pound” without adequate food, beds, shelter, toilets, medical care, or basic hygiene staples like toothbrushes and soap.

About the American media, Trump has said:

Trump has convinced aspiring assassins like Sayoc and Christopher Paul Hasson those who criticize him are inhuman or subhuman at best, thereby making their attempted violence appear a sacrifice for a noble cause.

The Southern Poverty Law Center (SPLC) reports hate groups, some of which are armed vigilantes posing as legitimate law enforcement, proliferating across the country increased to a record high of 1,020 in 2018.

In April, the FBI arrested Larry Mitchell Hopkins, leader of a group called the United Constitutional Patriots, for unlawful possession of firearms and ammunition days after his group posted videos displaying armed men detaining asylum seekers at the U.S./Mexico border in New Mexico, ordering them to sit on the ground, and coordinating with U.S. border patrol agents to have them apprehended.

“Motivations for targeting a group are indoctrinated through mass media.”

The Republican party has its own propaganda network that, had it been around during the Watergate scandal in the 1970s, Richard Nixon probably wouldn’t have had to resign the presidency.

A 2017 study in the American Economic Review explains Fox is so influential, it actually has the ability to change viewers’ minds and sway election results.

For all their faults, MSNBC and CNN are not the left’s equivalents to Fox News.

The authors of the study explain:

“Fox is substantially better at influencing Democrats than MSNBC is at influencing Republicans…consistently more effective at converting viewers than is MSNBC which has corresponding estimated persuasion rates of just 16 percent, 0 percent, and 8 percent.”

In May of 2017, former Fox News contributor Tobin Smith came forward with stories about how Fox fools viewers with panel discussions rigged and scripted to favor conservatives.

Unfortunately, the corporate media stations–even the “liberal” ones–inadvertently contribute to this when they refer to asylum seekers as “illegal immigrants.”

There are also no shortages of fascist-right websites, radio programs (Rush Limbaugh), or stories of people whom they have radicalized.

If you’ve got some time, check out Jen Senko’s brilliant documentary The Brainwashing of My Dad, about her Kennedy Democrat father’s journey down the right-wing media rabbit hole that transformed him into an erasable bigot.

This is the “final solution” stage.

Court documents confirm Christopher Paul Hasson identified as a white nationalist and had been researching the manifesto of far-right Norwegian mass murderer Anders Breivik, who killed 77 people in a 2011 attack, for “focused violence” to create a “white homeland.”

“I am dreaming of a way to kill almost every last person on the earth. I think a plague would be most successful but how do I acquire the needed/Spanish flu, botulism, anthrax not sure yet but will find something.”

His online history shows him referring to a “liberalist/globalist ideology” destroying white Americans and conspiracies by “((((People)))),” an internet styling the far right uses to refer to Jewish individuals.

The Christchurch, New Zealand shooter included in his 74-page manifesto the phrase popular among white supremacists, “We must secure an existence for our people and a future for white children.”

Genocide Watch describes it as:

“Victims are identified and separated out because of their ethnic or religious identity. Death lists are drawn up. In state-sponsored genocide, members of victim groups may be forced to wear identifying symbols. Their property is often expropriated. Sometimes they are even segregated into ghettoes, deported into concentration camps, or confined to a famine-struck region and starved. They are deliberately deprived of resources such as water or food in order to slowly destroy them. Programs are implemented to prevent procreation through forced sterilization or abortions. Children are forcibly taken from their parents.”

That last sentence should ring some alarm bells because it is exactly what the Trump administration’s “zero-tolerance” policy against asylum seekers is perpetrating.

This past April, we learned U.S. immigration officials are penning in hundreds behind chain-link razor wire fencing and forcing them to sleep on the ground in a temporary outdoor detention camp beneath the Paso Del Norte International Bridge linking Ciudad Juarez and El Paso, Texas.

According to legal affidavits filed April 23, 2018 in U.S. District Court in California, refugee children in U.S. custody were being injected with psychotropic drugs that inflict dizziness, lethargy, and sometimes incapacitation.

February, we learned ICE is nasally force-feeding at least half a dozen detainees engaged in hunger strikes to protest conditions at the Texas facility in which they have been imprisoned.

February also saw a Salvadoran transgender woman‘s death after she was denied asylum and deported.

The final stage is denial.

Genocide Watch describes it as:

“The perpetrators of genocide dig up the mass graves, burn the bodies, try to cover up the evidence and intimidate the witnesses. They deny that they committed any crimes, and often blame what happened on the victims.”

Immediately, Acting Director of U.S. Citizenship and Immigration Services Ken Cuccinelli blamed Alberto Martinez for not waiting his turn in the asylum process.

He even accused the asylum officers union of being “in denial of reality” after the union asked a court to end the Trump administration’s policy of returning asylum seekers to Mexico during their immigration hearing.

Last June, the Trump administration tested the limits of its anti-immigrant stance by admitting (after denying) and reaffirming its practice of divorcing refugee children from their parents crossing into the United States.

In January, an Office of Inspector General (OIG) report revealed not only did the U.S. government separate thousands more children from their parents than previously thought; it was separating them before authorities admitted a child separation policy was in place, which former Homeland Security Secretary Kirstjen Nielsen initially denied existed.

The Trump administration has been consistent in its defense it is merely perpetuating what its predecessor did regarding asylum seekers.

Trump continues to blame Democrats, pedaling the lie that they want “open borders.”

How will history remember us?

Through lack of education about it, we’ve successfully white-washed over our mass genocide of Indigenous Americans for which we have never atoned.

We teach that, yes, we practiced slavery in this country, but Abraham Lincoln freed them in 1865 and it’s been fine ever since.

We educate about the Civil Rights Movement, but stop short of how Jim Crow is still alive and well in the criminal justice system, the economic power hierarchy, through racial voter gerrymandering and voter suppression laws, and funding public schools with property taxes.

We teach about the Holocaust during World War Two, and how we helped liberate concentration and death camps after defeating fascism.

But fascism is on the ascendency right here, right now.

Remember what German Pastor Martin Niemöller wrote in his warning against apathy:

First they came for the Socialists, and I did not speak out—

Because I was not a Socialist.

Then they came for the Trade Unionists, and I did not speak out—

Because I was not a Trade Unionist.

Then they came for the Jews, and I did not speak out—

Because I was not a Jew.

Then they came for me—and there was no one left to speak for me. 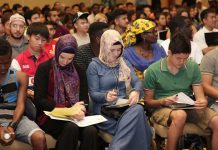 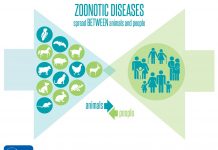 What If COVID is Just Nature Pushing Back Against Its Degradation? (Video)